“Today’s results highlight why our ongoing drilling program is in its most exciting phase, as we continue to systematically step out to expand mineralization at O’Brien along strike and at depth. Assays from OB-20-156 represent some of the best results received since the start of the drill program and suggest the potential to expand resources within the second mineralized trend. In addition, we eagerly look forward to assays from OB-20-174, which intersected visible gold in the Piché volcanics, the targeted lithologies, well below the resource boundary of the first mineralized trend.

While the majority of our work program has been focused within 1 km along strike to the east of the historic O’Brien Mine, we believe there is significantly more upside to be unlocked from a prospective land package that includes more than 5 km of strike length along the prolific Cadillac Break.  ” commented Mario Bouchard, Chief Executive Officer

1. VG denotes the presence of visible gold 2. Core length or down hole width. True widths are estimated at 70% to 80% of down hole width. To the extent possible, primary intercepts reflect minimum mining width (1.5 m true width) consistent with assumptions used in the 2019 resource estimate. 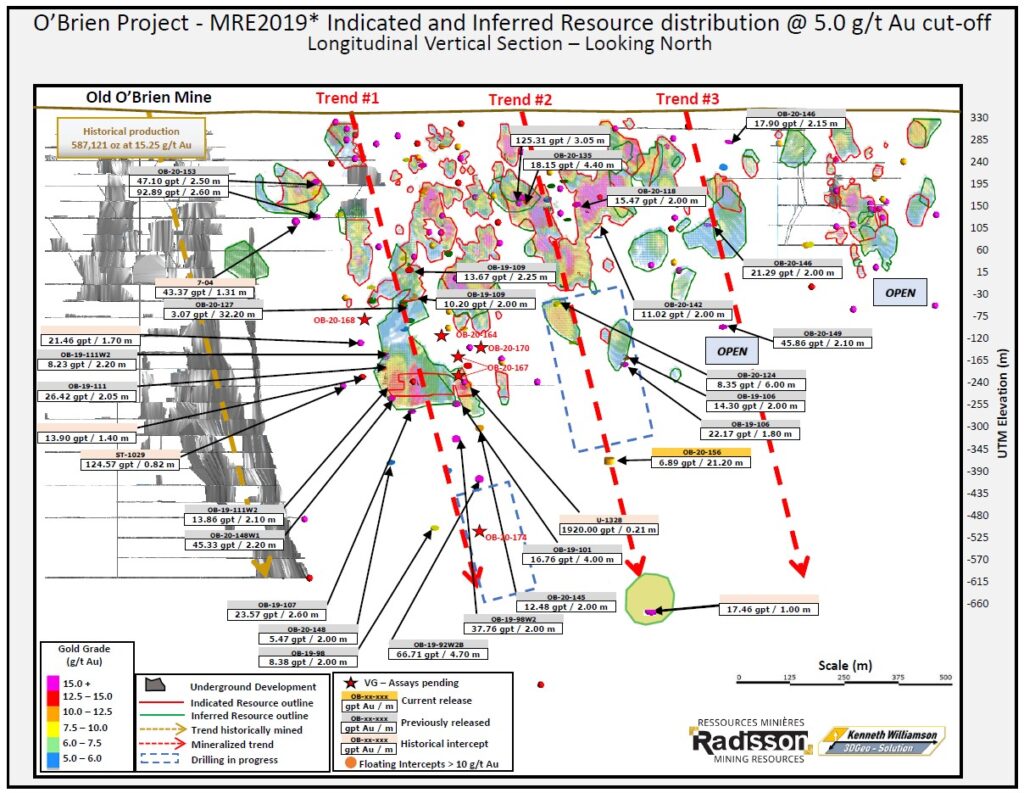 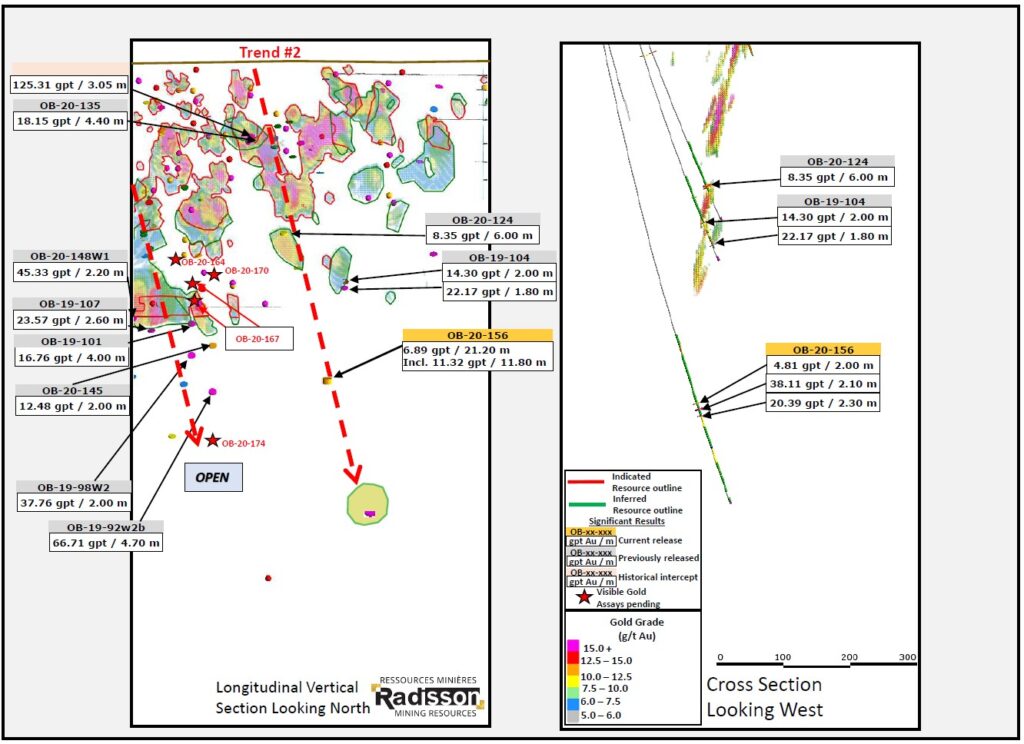 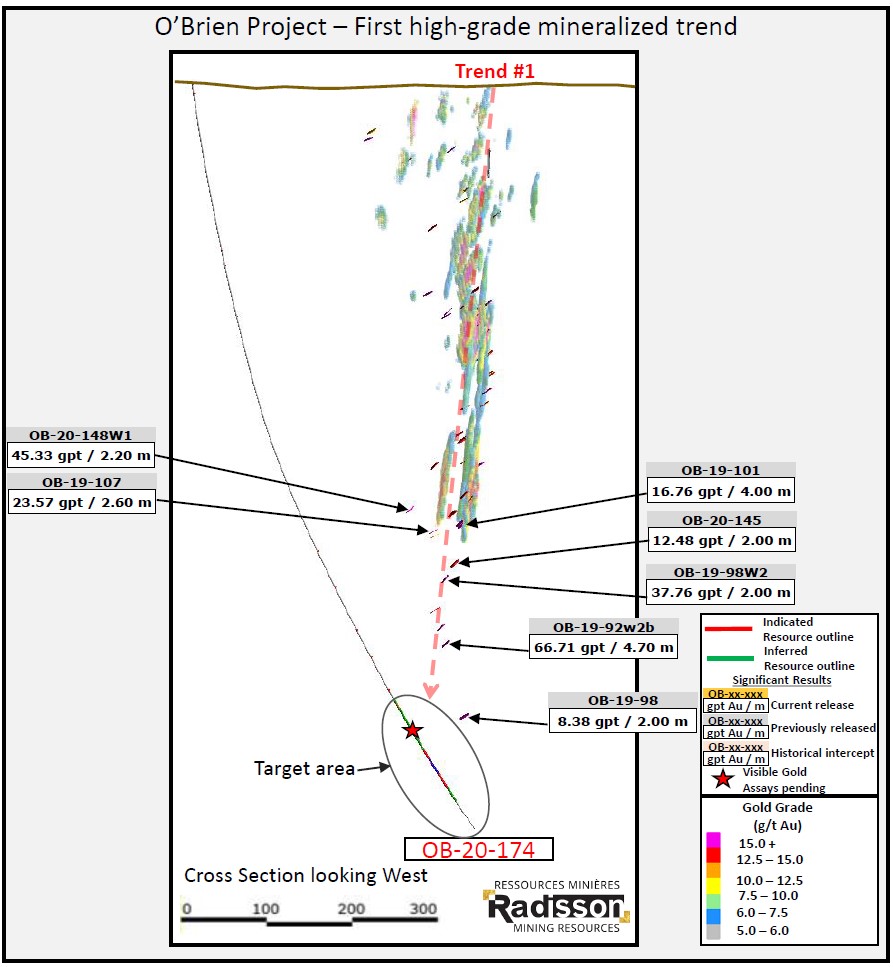