Deeper drilling highlights potential for resource growth in the first mineralized trend both to the east and west, below the boundary of currently defined resources

“We are very pleased with results from our ongoing drill program that continue to validate our litho-structural model and highlight the significant resource upside at O’Brien. The team has continued to do a commendable job with targeting efforts. With results released so far representing only 60% of our allocated program we look forward to regular exploration updates over the balance of 2020 and into 2021.” commented Mario Bouchard, Chief Executive Officer 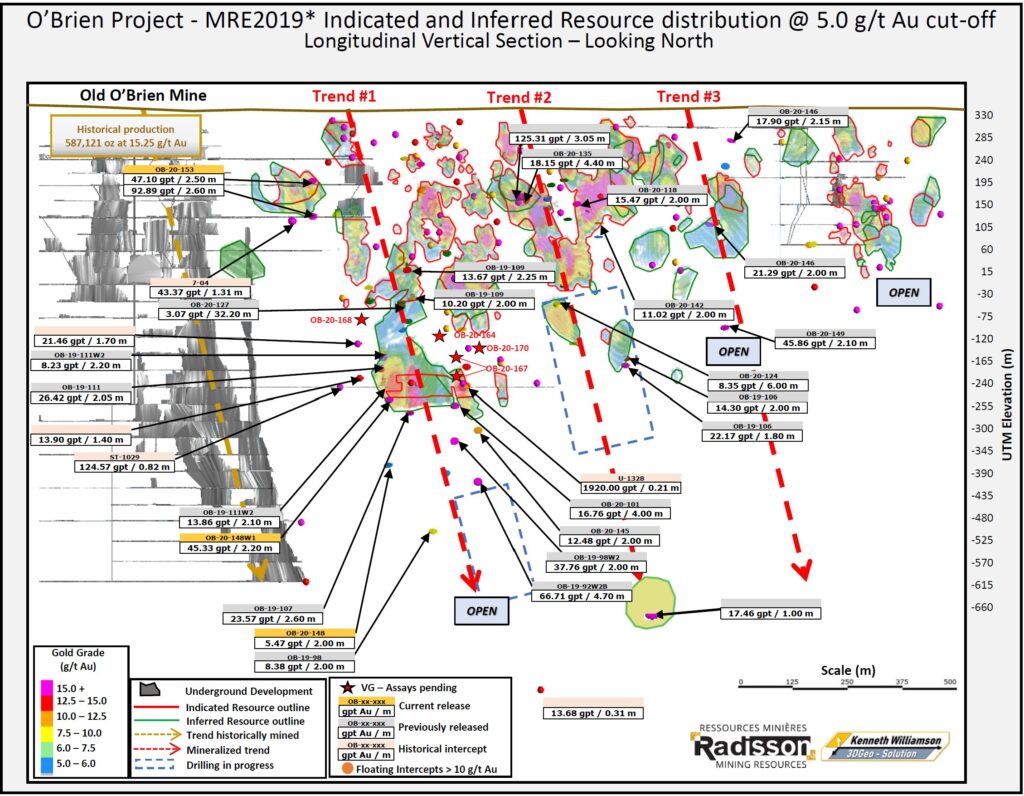 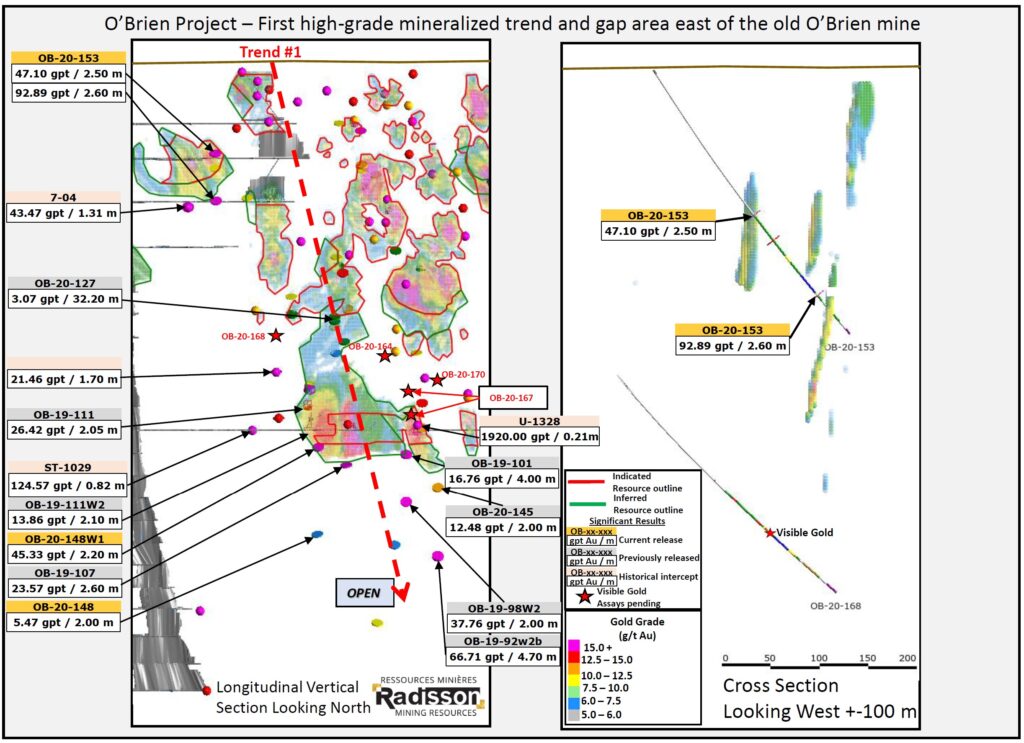