“We’re excited by these exceptionally high-grade gold intercepts, which occurred 180 metres below the projected bulk sample area in the 36E zone. These results demonstrate the strong mineralization continuity of the enrichment vector defined with our 3D model in the heart of the O’Brien deposit. This high-grade gold mineralization in association with biotite, very dark smoky quartz and sulphides is a classical signature of these so-called “jewellery boxes” that where found in the old O’Brien mine at the time of production. We remain focused on unlocking O’Brien full value, which remains open laterally and at depth in the F Zone, and below 550 metres depth in the 36E area” commented Mario Bouchard, President and CEO.

*VG; Denotes presence of visible gold
Results are presented as down hole width; true widths are estimated between 55 to 70% of down-hole thickness. 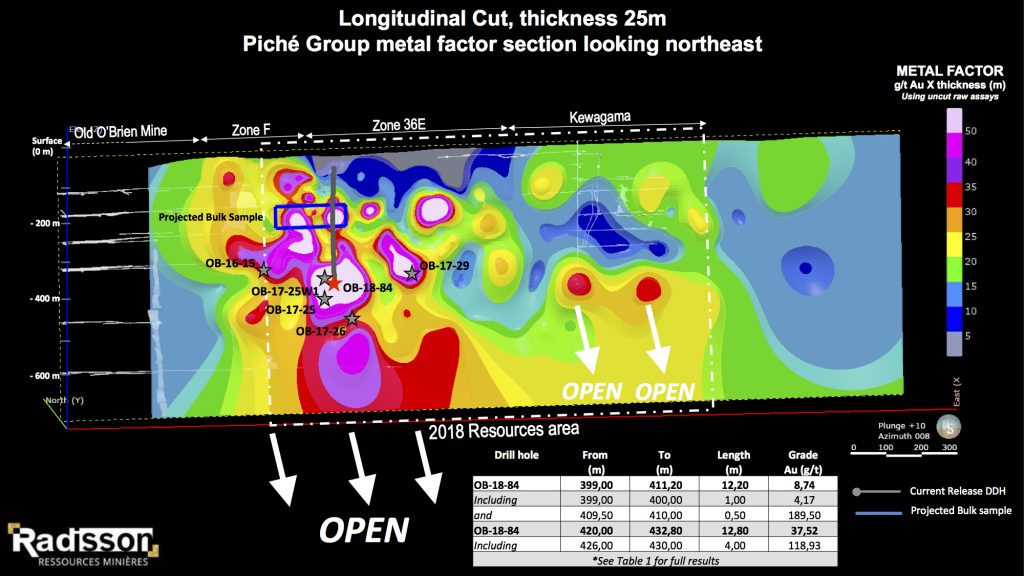 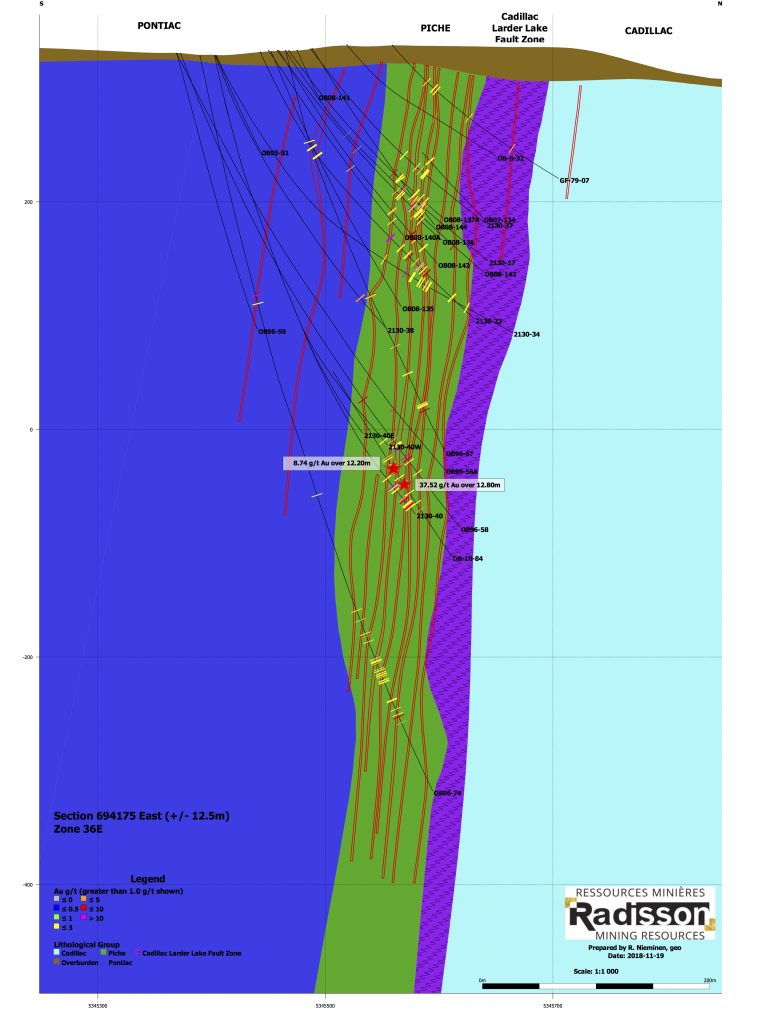 Radisson is a Quebec-based gold exploration company focused on its 100% owned O’Brien project, located Abitibi, PQ in the Bousquet-Cadillac mining camp along the world-renowned Larder-Lake-Cadillac Break. The Bousquet-Cadillac mining camp has produced over 21,000,000 ounces of gold over the last 100 years. The project hosts the former O’Brien Mine, considered to have been the Abitibi Greenstone Belt’s highest-grade gold producer during its production (1,197,147 metric tons at 15.25 g/t Au for 587,121 ounces of gold from 1926 to 1957; InnovExplo, May 2018).