Rouyn-Noranda, Quebec: Radisson Mining Resources Inc. (“Radisson” or the “Company“) announces that following the completion of the 2018 drilling program, of which assays are pending for 3,850 metres (“m”), the company completed a litho-structural modeling and reviewed the current geological model for the O’Brien property. The O’Brien gold project is composed of two contiguous properties representing 4.5 km of strike in the Bousquet-Cadillac mining camp along the Larder-Lake-Cadillac Break halfway between Rouyn-Noranda and Val-d’Or in Quebec, Canada. (See figure 1 and figure 2)

A summary of Ore zones network interpretation and the revised litho-structural model will be made available on the company’s website in the coming weeks.

“Revision of the geological and litho-structural model allows to highlight the strong analogy between 36E zone and the Old O’Brien mine where historic production returned a phenomenal head grade. Not only it increases our confidence level in the extension of known ore shoots defined in the deposit, it also unlocks the potential for the discovery of other ones on the O’Brien project as a whole”, commented Mario Bouchard, President and CEO. 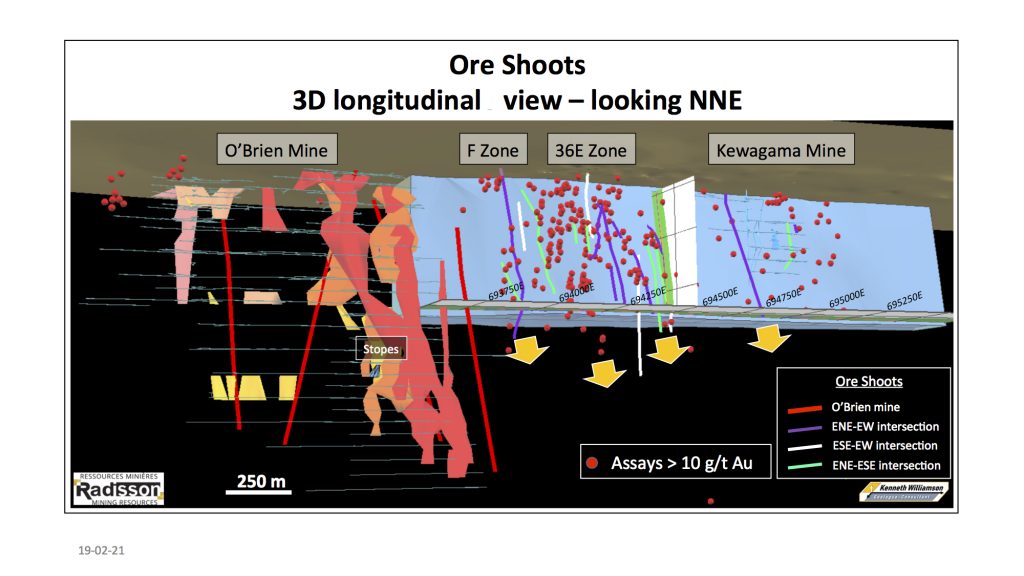 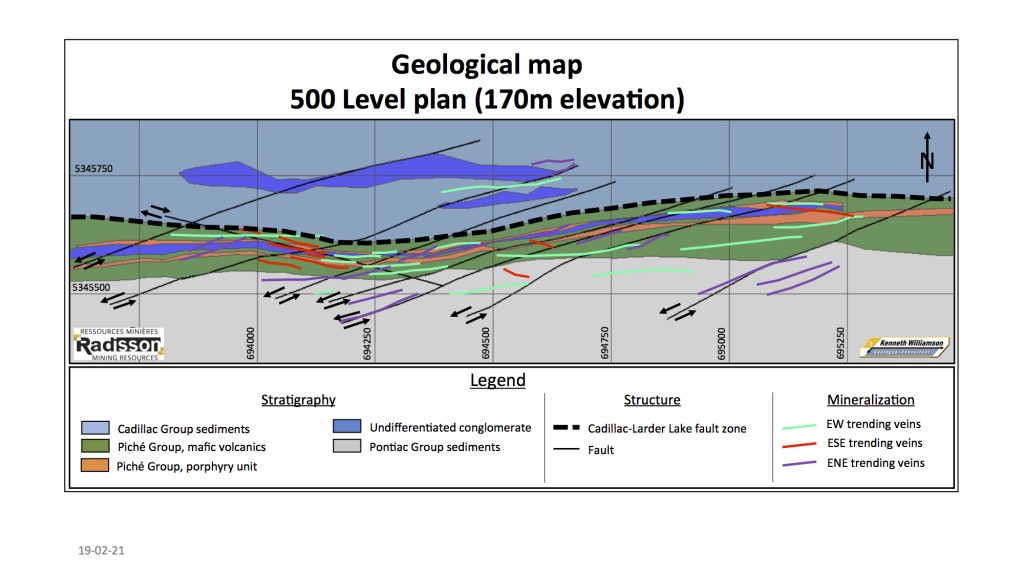 Radisson is a gold exploration company focused on its 100% owned O’Brien project, located in the Bousquet-Cadillac mining camp along the world-renowned Larder-Lake-Cadillac Break in Abitibi, Quebec. The Bousquet-Cadillac mining camp has produced over 21,000,000 ounces of gold over the last 100 years. The project hosts the former O’Brien Mine, considered to have been the Abitibi Greenstone Belt’s highest-grade gold producer during its production (1,197,147 metric tons at 15.25 g/t Au for 587,121 ounces of gold from 1926 to 1957; InnovExplo, May 2018).For more information on Radisson, visit our website at www.radissonmining.com or contact: