“We are pleased to report the successful conclusion of a 127,600 m drill campaign that commenced in August 2019. Results have continued to impress with 219 holes published thus far including 141 intercepts grading over 5 g/t and 59 intercepts grading over 10 g/t. The use of directional drilling technology in the last 12 months significantly increased drilling efficiency, as a result of which we were able to precisely hit deeper high-priority targets and to drill test 10% more targets than originally budgeted with fewer metres.

The majority of drilling targeted resource expansion along trends 0, 1 and 2, and results appear to have almost doubled the depth extent of resources in those sectors. Some drilling was also allocated towards defining additional O’Brien-like mineralized trends further to the east. Results obtained along trend #3 and trend #4 have highlighted the significant high-grade potential approximately 900 m and 1,200 m east of the old O’Brien mine. While these two trends did not contribute meaningfully to the resource estimate published by Radisson in 2019, approximately 24,670 metres in 59 exploration holes were drilled during the campaign with impressive results, including 28 intercepts returning grades of over 5 g/t Au. Both trends remain open below 500 m and the property remain largely unexplored for an additional 750 m east of trend #4. We believe that the high-grade results obtained in these sectors highlight only a portion of the resource growth potential that still resides near surface at O’Brien.

Results are pending for 18,500 m of drilling in 36 additional holes drilled to test high-priority deeper targets along trends 1 and 2. In parallel, our efforts are now largely focused on interpreting and incorporating results from the drill program into an updated lithostructural model and mineral resource estimate targeted for completion by late 2022/early 2023.” Commented Rahul Paul, President and Chief Executive Officer. 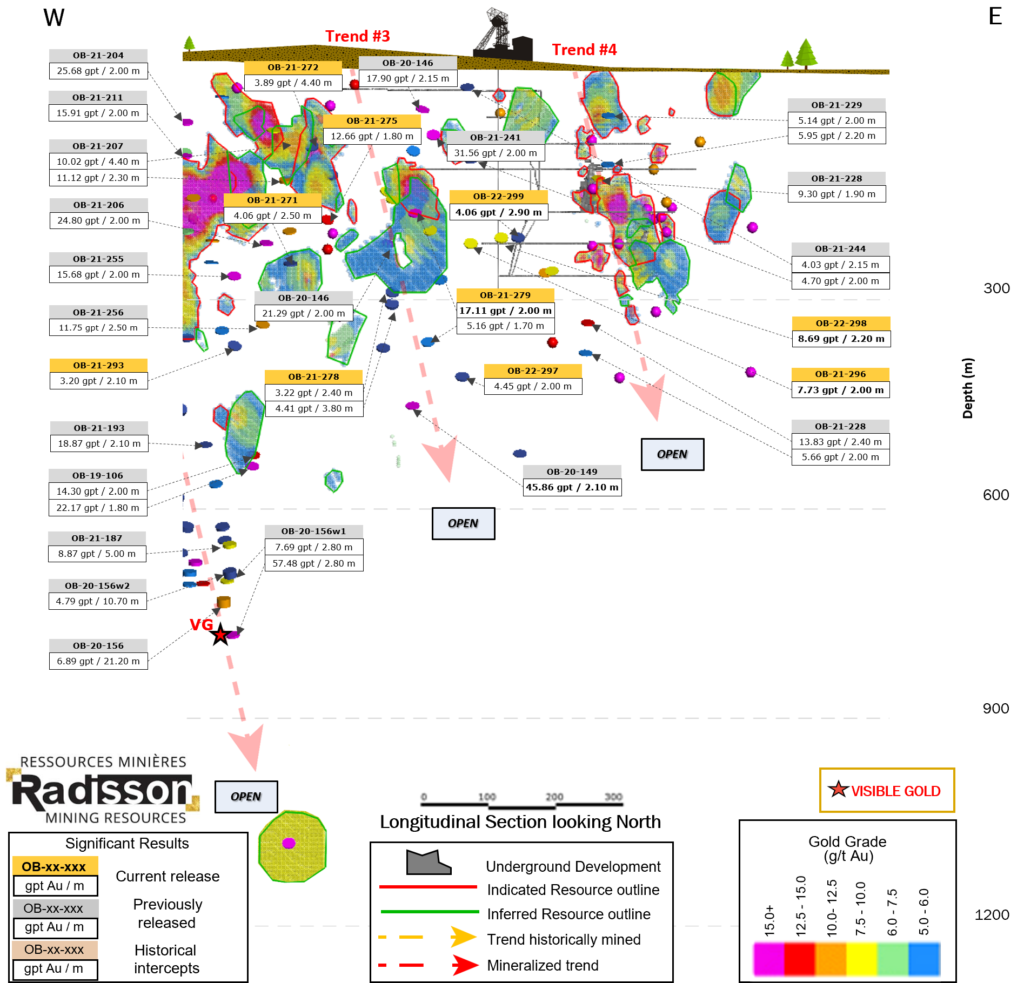 1. VG denotes the presence of visible gold
2. True widths estimated at 70% to 80% of core length.
3. Assay grades shown uncapped. A capping factor of 60 g/t Au was used in the 2019 resource estimate 4. For a full listing of drill results from current drilling program click here

Drilling to date has continued to define and expand almost five high-grade mineralized trends, located within a 1,200 m strike respectively to the east of the old O’Brien Mine. Mineralized trends identified bear similarities with structures previously mined at O’Brien down to a depth of 1,100 m (historical production of 587 koz grading 15.25 g/t Au).

In addition, the Company has completed an initial 5,700 m exploration program at O’Brien West. In addition to validating geological information from historical drill holes, initial results showcase potential for additional high-grade discoveries in this area. O’Brien West remains open in all direction, with results indicating strong depth continuity in lithological units identical to those observed along strike to the west, reaffirming the upside potential from approximately 2.5 km of largely untested prospective ground west of the O’Brien Mine along the prolific Larder-Lake-Cadillac break.

Almost all drilling conducted as part of the ongoing campaign has been within a strike length representing only a small portion of more than 5.2 km of prospective strike that Radisson controls along the Cadillac Break. Given current geological understanding, the ongoing validation of the litho-structural model, the company estimates there is strong potential for additional high-grade gold trends to be discovered along the whole 5.2 km prospective land package on the prolific Larder-Lake Cadillac Break.

This release represents approximately 8,140 m of drilling in 18 drill holes. Released results to date represent approximately 86% of the 127,600 m drilled during the campaign. As of August 31, 2022, the company remains well funded with approximately $3.0 m in cash. 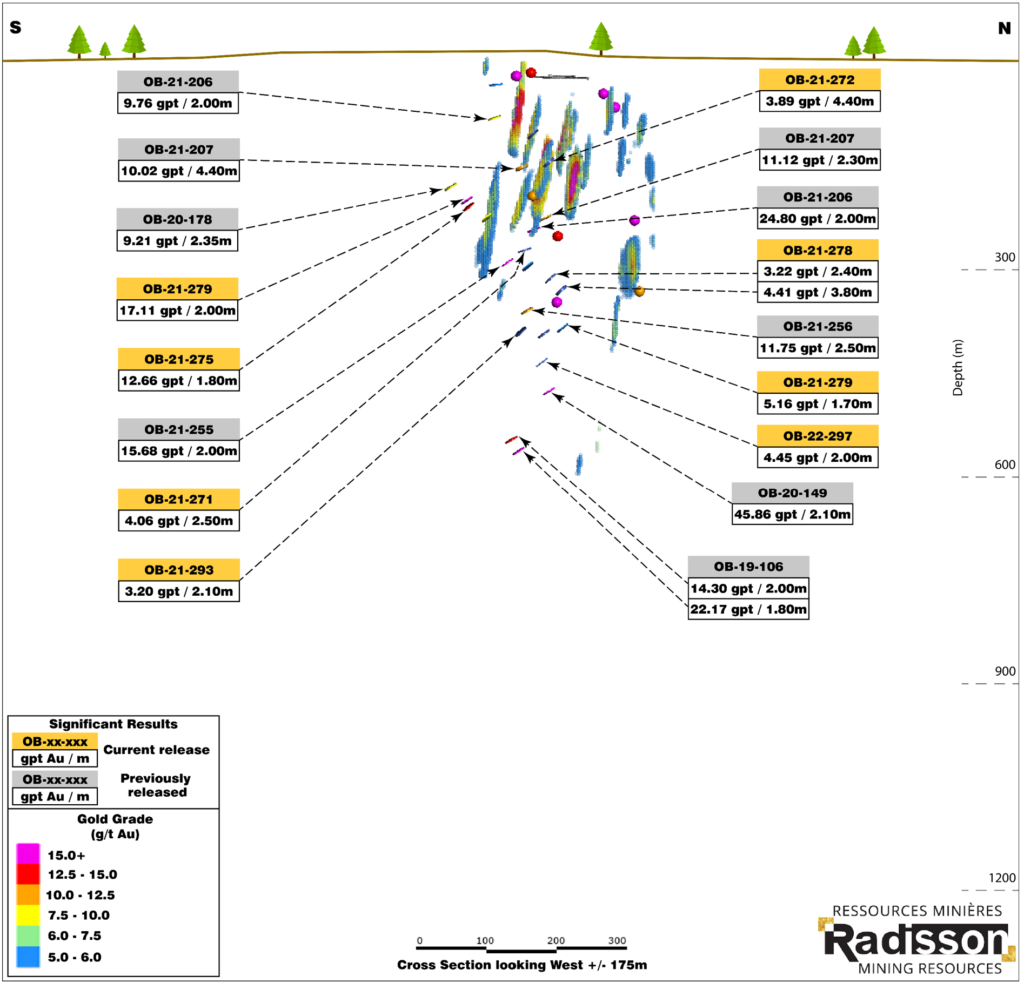 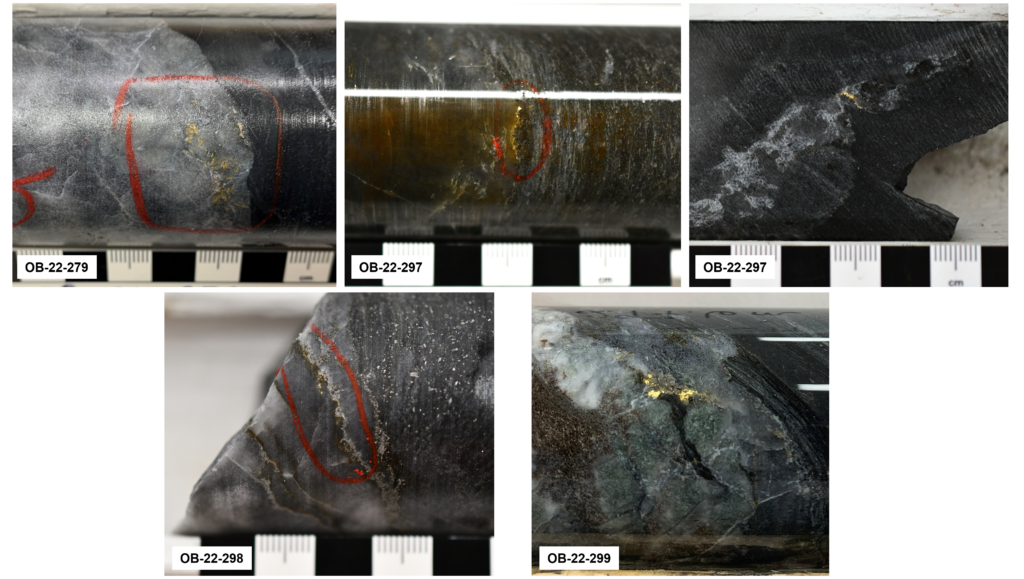 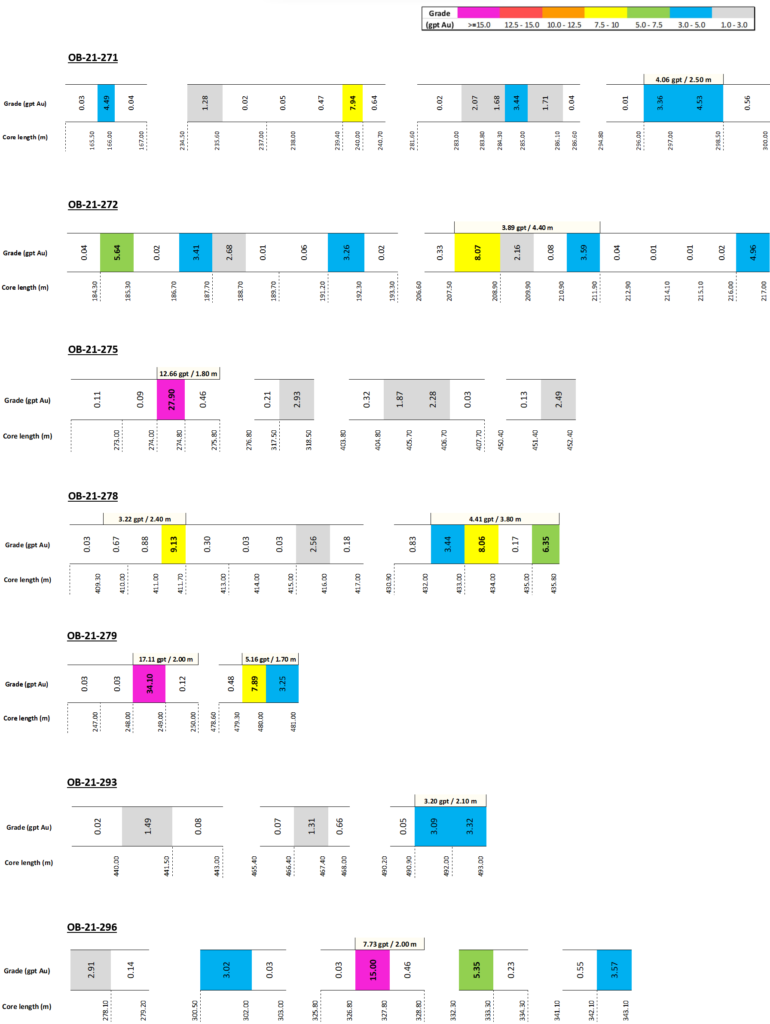 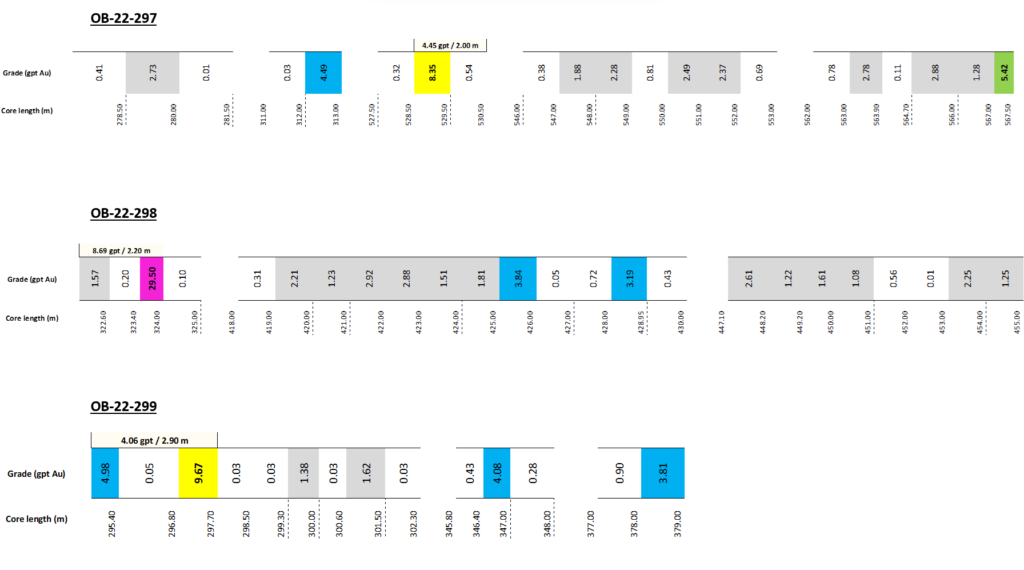 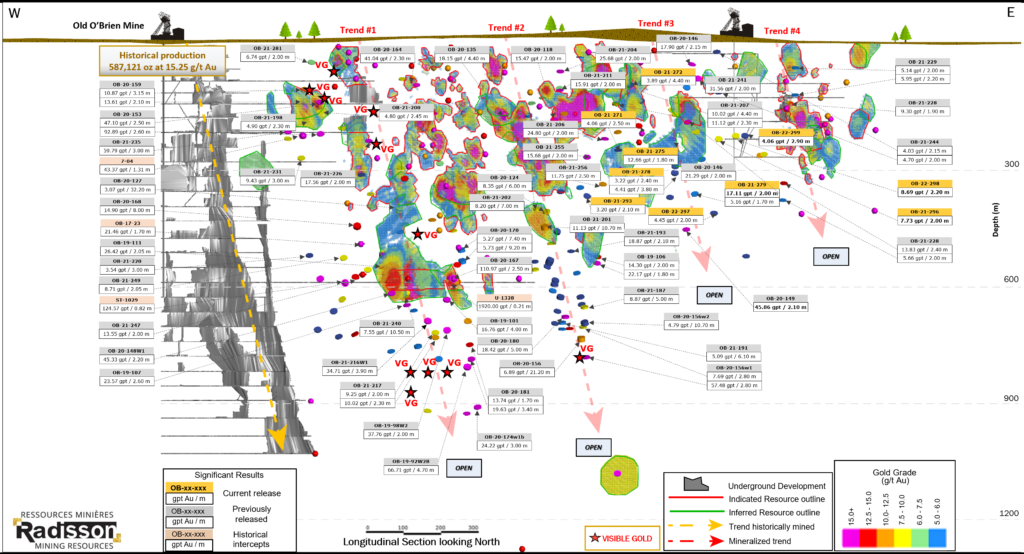 All drill cores in this campaign are NQ in size. Assays were completed on sawn half-cores, with the second half kept for future reference. The samples were analyzed using standard fire assay procedures with Atomic Absorption (AA) finish at ALS Laboratory Ltd, in Val-d’Or, Quebec. Samples yielding a grade higher than 5 g/t Au Au were analyzed a second time by fire assay with gravimetric finish at the same laboratory. Mineralized zones containing visible gold were analyzed with metallic sieve procedure. Standard reference materials, blank samples and duplicates were inserted prior to shipment for quality assurance and quality control (QA/QC) program.

Vivien Janvier, P.Geo., Ph.D., Director, Geology for Radisson mining resources Inc. is the qualified person pursuant to the requirements of NI 43-101. Vivien Janvier has reviewed and approved the technical disclosure in this press release.

Radisson is a gold exploration company focused on its 100% owned O’Brien project, located in the Bousquet-Cadillac mining camp along the world-renowned Larder-Lake-Cadillac Break in Abitibi, Quebec. The Bousquet-Cadillac mining camp has produced over 21,000,000 ounces of gold over the last 100 years. The project hosts the former O’Brien Mine, considered to have been the Quebec’s highest-grade gold producer during its production (1,197,147 metric tons at 15.25 g/t Au Au for 587,121 ounces of gold from 1926 to 1957; Kenneth Williamson 3DGeo-Solution, July 2019). For more information on Radisson, visit our website at www.radissonmining.com or contact: