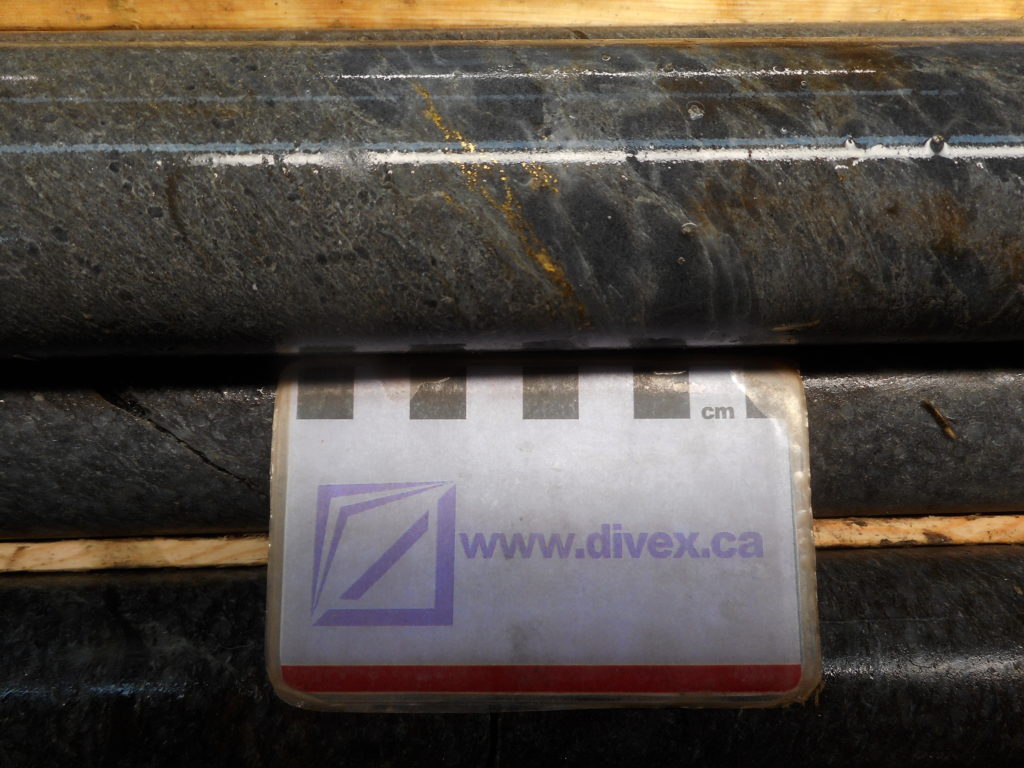 “We are encouraged by this new high-grade gold discovery, suggesting potential continuity for high-grade gold mineralization up to 300 metres below the current resource area at the 36E zone. This is a first and very important sign of validation for our new geological interpretation, with further follow up drilling, hole 19-92w2b is one of the most significant drill holes in the history of the company. I’m confident we will have a steady flow of encouraging news supporting the new interpretation through the remaining of the drilling campaign,” commented Mario Bouchard, President and CEO.

*VG; Denotes presence of visible gold
Results are presented as down hole width; true widths are estimated between 70 to 80% of down-hole thickness.

*VG; Denotes presence of visible gold.
Results are presented as down hole width; true widths are estimated between 70 to 80% of down-hole thickness.

One diamond drill rig is focused on the vertical extension of the highest-grade mineralized shoots on the 36E and F Zone, where high-priority exploration targets were established below current resources. Deepest level of the resource area is only at 550 metres vertical depth and remains largely untested below. The first diamond drill hole, OB-19-92, reached and ended in the Larder-Lake-Cadillac Break for a length of 1,053m. This hole, which ended east of the targeted area, shows anomalous gold values that are associated with quartz veining hosted within the Piché rock group. From this drill hole 3 wedged holes were planned. The first two wedged holes, OB-19-92w1 and OB-19-92w2a, were abandoned due to technical difficulties before reaching the targeted areas. The third wedge hole, aimed to the west, intersected 66.71 g/t Gold over 4.70 m., at 130 metres west of the pilot hole OB-19-92.

In addition, OB-19-98 has intersected numerous quartz veins in association with abundant arsenopyrite (1-10%) and biotite rich basalt, porphyry and conglomerates of the Piché rock group. This interval of 39.00 metres (core length) lies 350 m below current resources area at approximately 900m vertical depth. Visible Gold (VG) was also observed further down the hole in a quartz vein. Assays are pending.

Resource expansion and conversion and exploration

The second diamond drill rig has completed 5 drill holes (3 published today) covering exploration targets on the shallower Kewagama zone. At first glance, some of the modelled structures, the ENE, appear to extend southwest in the Pontiac sediments. Numerous fault planes have been observed in these drill holes and will require further interpretation by our geologists. This drill rig is currently active on drill targets for resource expansion and conversion on the 36E zone. These drill holes will also be used for geological characterization for the environmental studies underway.

Through 2019 the second rig, will also be conducting exploration drilling on the Vintage Zone (North of the Larder-Lake-Cadillac Break). The New Litho-Structural model also unlocked exploration targets on O’Brien West, located a few metres west of the old O’Brien mine.

From November 1st to 4th, Radisson will be attending the 2019 New Orleans Investments Conference, at the Hilton New Orleans Riverside. The company will be presenting at 4:15pm on November 4th in Area 2 of the Exhibit Hall. Investors are invited to visit the company at booth #408.

On November 15th and 16th, Radisson will be attending and presenting at the Metals Investors Forum, held in Vancouver at JW Marriot Parq hotel.