1. VG denotes the presence of visible gold
2. Core length or down hole width. True widths are estimated at 70% to 80% of down hole width. To the extent possible, primary intercepts reflect minimum mining width (1.5 m true width) consistent with assumptions used in the 2019 resource estimate.
3. Assay grades shown uncapped. A capping factor of 60 g/t Au was used in the 2019 resource estimate. 4. Table includes only intercepts that meet 5 g/t Au cut-off and minimum mining width constraints used in the 2019 MRE. For a full listing of drill results from current drilling program click here.

High-grade intercepts obtained in holes OB-20-124, OB-20-156, 156w1, 156w2, OB-20-169 and OB-20-180 appear to have all been obtained around and at the intersection of multiple mineralized structures, supporting the presence for a second mineralized trend 600 m east of the main infrastructures mined in the old O’Brien mine.

Current resources in this area are largely limited to a vertical depth of 400 m. Drilling so far suggests continuity of mineralization to a vertical depth of more than 800 m. This trend is currently open below 800 m. Since the restart of the drilling program, drilling has been ongoing along trend #2, and multiple high-priority drill targets remain to be tested to expand potential resources in the area.

Drilling to date has continued to define and expand three high-grade mineralized trends, located approximately 300 m, 600 m and 900 m respectively to the east of the old O’Brien Mine. Mineralized trends identified bear similarities with structures previously mined at O’Brien down to a depth of 1,100 m (historical production of 587 koz grading 15.25 g/t). 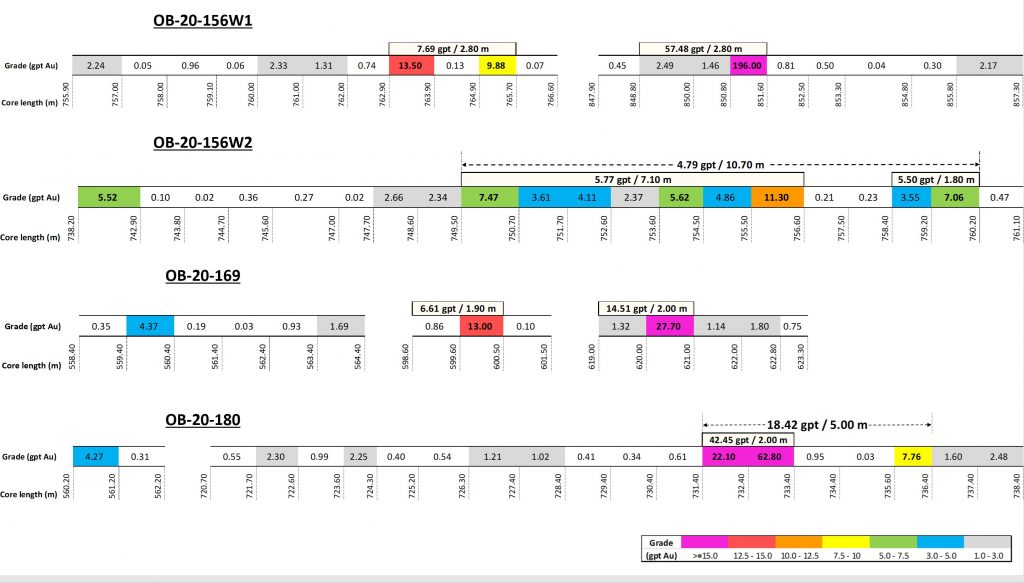 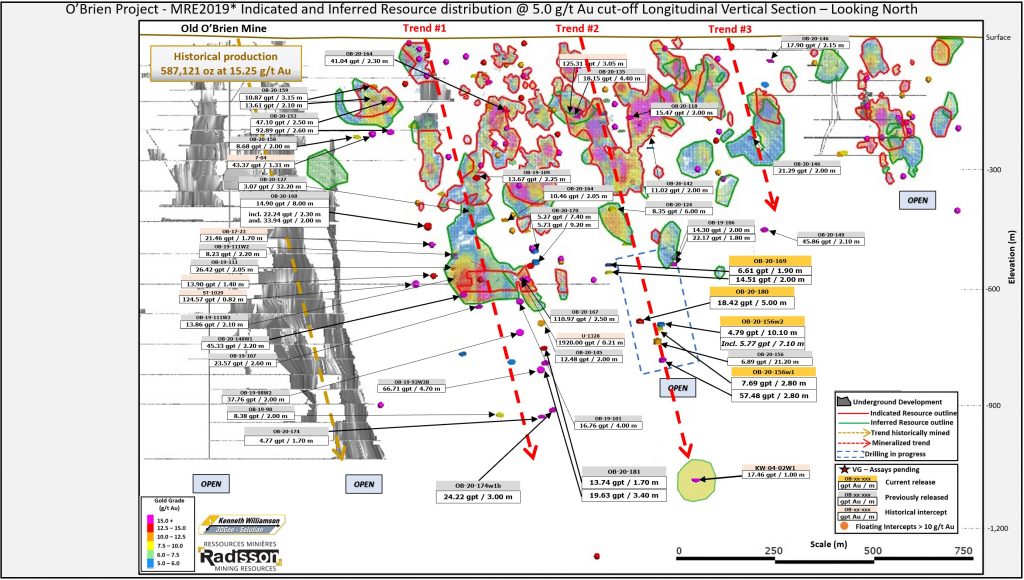 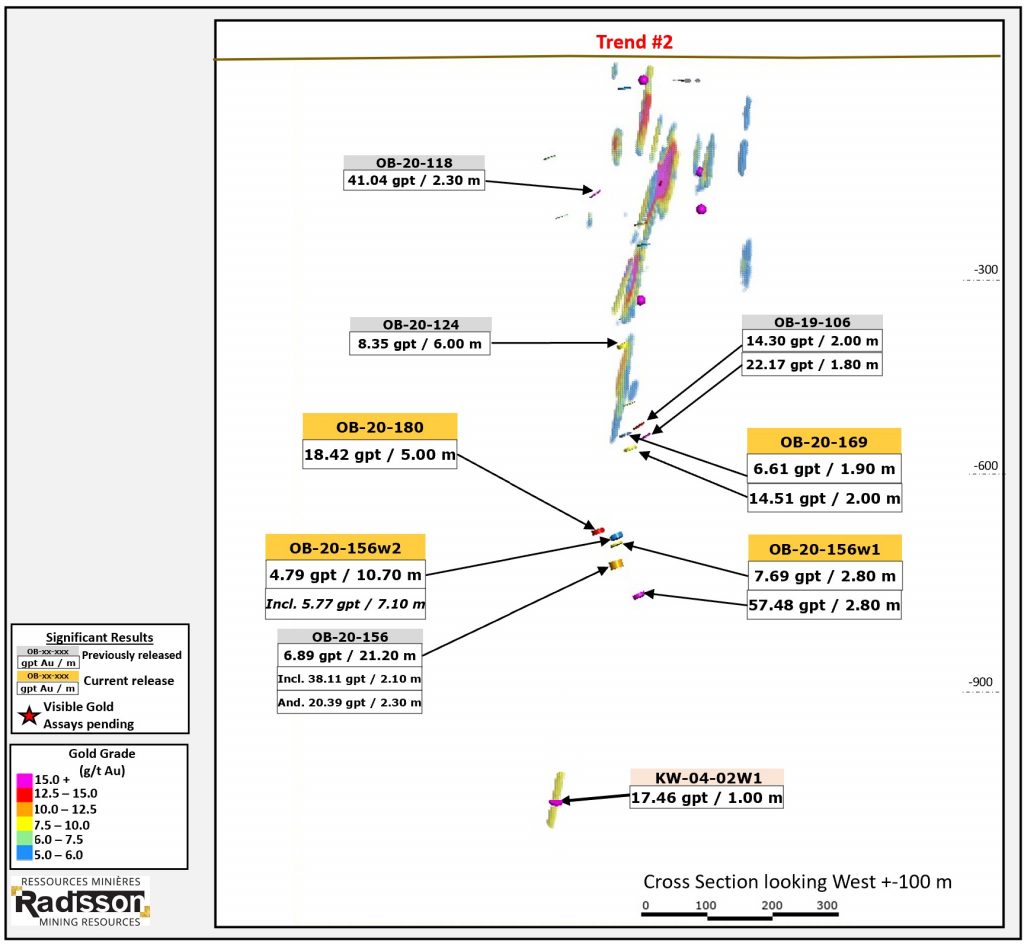 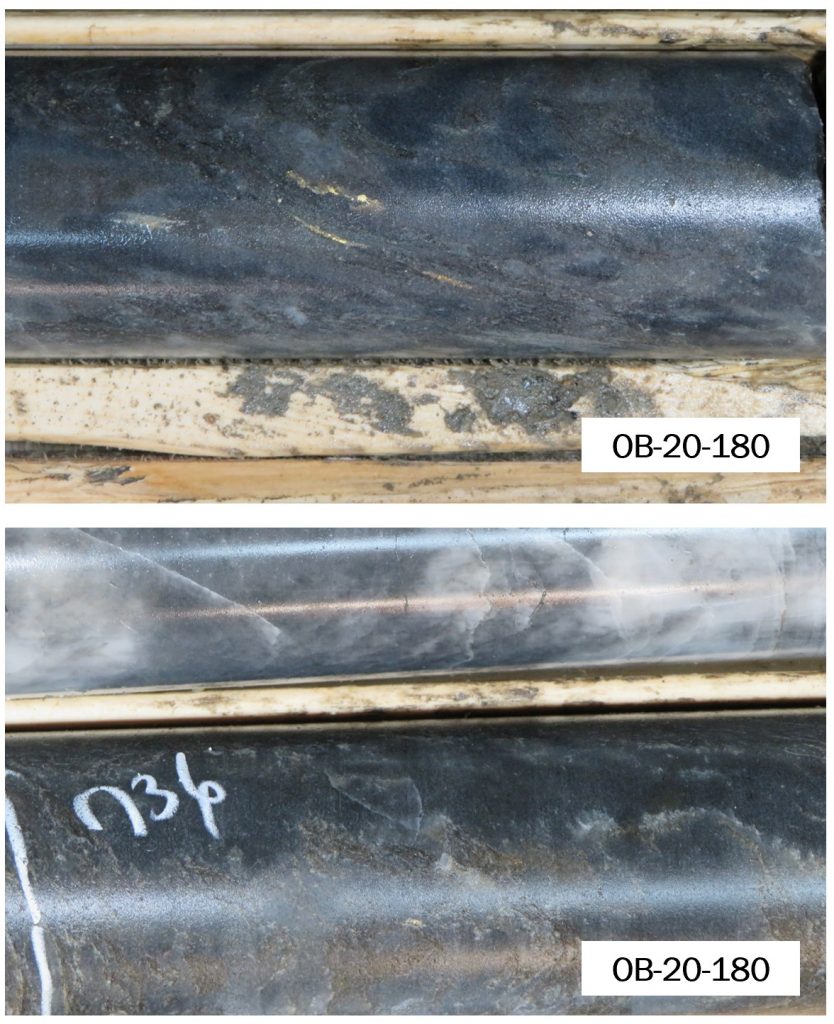 All drill cores in this campaign are NQ in size. Assays were completed on sawn half-cores, with the second half kept for future reference. The samples were analyzed using standard fire assay procedures with Atomic Absorption (AA) finish at ALS Laboratory Ltd, in Val-d’Or, Quebec. Samples yielding a grade higher than 5 g/t Au were analyzed a second time by fire assay with gravimetric finish at the same laboratory. Samples containing visible gold were analyzed with metallic sieve procedure. Standard reference materials, blank samples and duplicates were inserted prior to shipment for quality assurance and quality control (QA/QC) program.

Kenneth Williamson, M.Sc., P.Geo., Senior Advisor, Geology and Nicolas Guivarch, M. Sc., P.Geo., Exploration Manager are the qualified persons pursuant to the requirements of NI 43-101, and have reviewed and approved the technical disclosure in this press release.